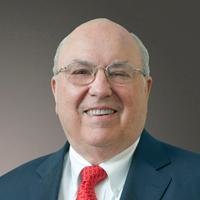 Richard Keeton, devoted husband and father, raconteur and loyal friend, died in Houston, Texas on April 20, 2019 at the age of 81.  Born in Austin, Texas on November 10, 1937, Richard attended Austin High School and received a B.A. from the University of Texas in 1959, graduating Phi Beta Kappa with a major in the Plan II Honors Program. He also was a member of the Delta Tau Delta fraternity and Texas Cowboys.  Richard received his L.L.B. from the University of Texas in 1963 where he graduated first in his class.

Richard was an extremely talented and competitive tennis player.  In high school, he won the State Doubles Championship without losing a set and was the 1955 State Singles Champion.  At the University of Texas, he was a member of the 1957 conference championship tennis team and was the number one player on the 1959 team. Unofficially, he won many ping-pong competitions at the Delt House where he went equally unmatched.

Richard relished his career as an attorney, providing formal and informal legal advice to many for well over five decades. Richard was an expert in business and securities litigation and tried many high-profile cases during his storied career. He started his legal career at Vinson & Elkins in 1963, where he worked for 16 years before helping to launch several boutique law firms, most notably Miller, Keeton, Bristow & Brown, Mayor, Day, Caldwell & Keeton and Nickens Keeton Lawless Farrell & Flack.  He retired in 2019 from McGuire Woods where he served as Senior Counsel.

In 1968, Richard took a sabbatical from Vinson & Elkins to work for the Robert F. Kennedy campaign where he was responsible for organizing the clergy. A lifelong learner, Richard read north of two books a week for decades and enjoyed fierce debate on all manner of subjects.  Any time spent with friends over a game of gin rummy or around the dinner table was a special one for him.

For over 50 years he was married to the love of his life and best friend, Susan Booth Keeton. Over the years, Richard was a member of the Tejas Breakfast Club, The Coronado Club, Allegro and The Houston Racquet Club. Richard and Susan were both devoted to the civic life of Houston and have been long-time supporters of several local non-profits, including Hermann Park Conservancy and Buffalo Bayou Partnership.

A memorial service celebrating Richard’s life will be held on Tuesday, April 30, 2019 at four o'clock in the afternoon at Christ Church Cathedral, 1117 Texas Avenue, Houston, Texas. In lieu of flowers, The University of Texas Law School Foundation is accepting memorial gifts for the Richard Page Keeton Endowment for Excellence Scholarship in Law. Gifts may be sent to the UT Law School Foundation at 727 E. Dean Keeton, Austin, Texas 78705 or by calling 512.471.2144. Online gifts can be made at http://www.utlsf.org/keeton.