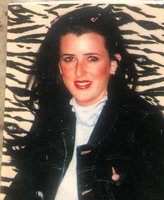 Chelsea Nicole Denenburg, age 41, went to be with her Lord and Savior on October 5, 2019,  in Houston, Texas.   Born October 10, 1977 to Sandi and Victor Denenburg in Houston, Texas, Chelsea came into the world with a big smile, and a hug for everyone, with a heart as big as Texas.

She attended St. Luke’s Methodist Pre-school, River Oaks Baptist, and Second Baptist School, where she was an honor student, class officer, and loved performing in the fabulous Broadway musical productions and school plays. Having completed college prep requirements a year early, she made the decision to attend The Stony Brook School in Stony Brook, New York during her senior year.  Chelsea was also selected as one of “Who’s Who Among American High School Students.”

Chelsea was thrilled to be accepted early to her first choice, Pepperdine University in Malibu, California, where she spent some of the happiest years of her life. She served as social chair and on the development committee for the Kappa Alpha Theta sorority.  In preparation for her future career, Chelsea worked at Good Morning Malibu, TV-3 and Entertainment Spotlight TV-3.   She graduated in 2002, with a Bachelor of Arts in Broadcasting and Communications.  After college, Chelsea spent several years in Los Angeles working in the film and entertainment industry.

Chelsea loved the Lord and was a true prayer warrior, spending time daily in her prayer closet, praying for the needs of others and for her country. She was no stranger to suffering, having survived a life-threatening assault years earlier in Los Angeles and lived the rest of her life with PTSD.

Chelsea had a heart for the homeless, frequently stopping to share a meal, and a prayer. She was also a big fan of the Star of Hope ministry.  As the granddaughter of WWII Air Force fighter pilot, Sidney Johnson Miller III, Chelsea was an ardent supporter of the military and organizations like Wounded Warriors.  Another cause close to her heart was helping her friend and mentor, Kelly Coghlan, get the School Children’s Religious Liberty Act passed in the state of Texas. This Act permits student speakers in public schools to pray over the microphones at graduations and other school events without being discriminated against for their faith-based expressions.

Chelsea was preceded in death by her grandparents, Fern and Sidney Johnson Miller III of Austin, and Ruth and David Denenburg of Houston.

Chelsea’s greatest love, blessing, and the light of her life, was her precious 7-year-old daughter, Sydney.  Chelsea poured her heart and soul into Sydney’s life and we can feel Chelsea cheering her on from Heaven.  Our hearts are broken but we know Chelsea is finally healed, and at peace in the arms of our Lord.

In lieu of customary remembrances, memorial contributions in Chelsea’s honor may be directed to one of these two organizations close to our family’s heart: Arrivederci ALD, 1324 South Blvd., Houston, Texas 77007 (ArrivederciALD.org) or to Second Baptist School (secondbaptistschool.org/support).

A funeral service celebrating Chelsea’s life will be held at 1:00 p.m., Friday, October 18, 2019 in the Sanctuary of Second Baptist Church, 6400 Woodway followed by a reception in the Deacon’s Parlor.

Chelsea will be laid to rest at Glenwood Cemetery in Houston, Texas.