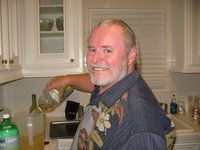 Phillip Joe Durham, age 65, of Houston, Texas, died on Friday, January 3, 2020. He was born in Hobbs, New Mexico on January 10, 1954, son of Bob and Lola Durham. Phillip was a long-time resident of Pasadena and Houston. He graduated from Sam Rayburn High School in Pasadena in 1972 and earned a Bachelor of Music in 1977 and Master of Music in 1979 from the University of Houston. Phillip was a life-long member of the Christian Church: Disciples of Christ. He was a member of First Christian Church of Pasadena for over 50 years where he began playing the organ at the age of 14. He became the church organist in 1974 and retired in 2002 after 28 years of service He was a member and organist of First Christian Church of Alvin from 2013 until 2017 and of Memorial Drive Christian Church of Houston from 2017 to date. He was a long-time member of the Association of Disciple’s Musician. Phillip’s love for music began at age 10 when he began studying organ. He studied piano during his high school years and majored in music at the University of Houston studying organ with the late Dr. Robert J. Jones. He was wedding organists at the A. D. Bruce Religion Center at University of Houston from 1973 to 1978. He taught elementary music at Gardens Elementary in Pasadena, Texas from 1978 to 2003 and at L F. Smith Elementary in South Houston, Texas from 2007 to 2009. He retired from teaching in 2009 after 27 years of service in the Pasadena Independent School District. In 2012, he reconnected with the A. D. Bruce Religion Center at University of Houston and became one of their staff organists playing for numerous events including the University of Houston Annual Day of Remembrance service. He was active in the American Guild of Organist for many years and served as Dean of the Houston Chapter from 1983 to 1984. Phillip was also an aspiring composer and author. He wrote numerous musical compositions including two pop songs, works for organ, piano, and several hymns and choral works that have been sung in area churches. His compositions are posted to his Phillip Durham YouTube channel. He wrote several articles that were published in the Newark-Arcadia Historical Society Quarterly and his children’s book, “The Big Green Spider,” with illustrations by Kathleen (Kat) Cole Ramon, daughter of his cousin Mary Ann Cole, was published in March of 2019 by Blurb Inc. and available on both Blurb and Amazon. Phillip had a life-long love of vintage flatware. He was an avid collector, enthusiast, and expert on an antique American silver-plated flatware called Nobility Plate sold out of Newark, New York. He maintained a “Nobility Silver” website and Facebook page for over a decade. He was a longtime member emeritus of the Newark-Arcadia Historical Society. Phillip was preceded in death by his parents, Earl D. “Bob” Durham and Lola Mae McDonald Durham and brother, Earl David Durham. He was survived by his sister, Pamela Carter and spouse, Albert McAlister of Laporte, Texas; niece, Carrie Carter and spouse, Jim Dekan of Houston, Texas; niece, Stacy Vickers and her children, Heike, Heidi, and Erick Davis, and husband, Burt of Jersey Village, Texas; niece, Shannon Durham Clausen of Livingston, Texas and her children, Kory, Chris, and Elissa; nephew, Michael Durham of Nampa, Idaho; niece, Erin Durham Rutledge, husband David and son, Sydney of Ada, Oklahoma; close friend, Haden Manea; and many other friends in education, in the church, and in the LGBTQ community. A visitation will begin at 6:00 p.m., Friday, January 10, 2020 at Joseph J. Earthman Generations, 234 Westcott Street in Houston, Texas. A funeral service celebrating the life of Phillip Durham will be held at 2:00 p.m., on Saturday, January 11, 2019 at Memorial Drive Christian Church, 11750 Memorial Dr. in Houston, Texas. In lieu of usual remembrances and flowers, donations may be made to the Memorial Drive Christian Church Chancel Choir, 11750 Memorial Dr., Houston, Texas 77024.