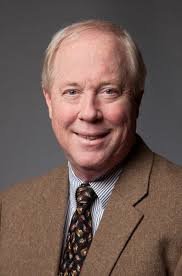 Frederick “Fred” Wentz Stumpf, a natural born lawyer with a true heart for people, who could see the comedy in all facets of life, left this world too soon on April 30, 2018.

Fred was born August 6, 1948 in Lancaster, Pennsylvania and grew up in Sandusky, Ohio, where he attended Sandusky High School. He was a proud alumnus of Vanderbilt University, where he received a B.A. in psychology and was a member of Kappa Sigma Fraternity. He earned his J.D. from the University of Houston Law Center and was member of the Order of the Coif. He then served as an officer in the U.S. Army Reserves.

A highly regarded and accomplished attorney, Fred practiced commercial litigation in Houston for 45 years.  He began his legal career at Childs, Fortenbach, Beck & Guyton.  In 1978, Fred, along with colleagues Skip Falgout, Dan Olivier and Steve Guynes founded the firm of Olivier, Stumpf, Falgout & Guynes, which thrived for over 30 years.  Fred managed the firm not only according to the highest of standards, but also with a big heart and lots of laughs along the way. His spirited leadership created an atmosphere of hardworking, dedicated employees who shared a close camaraderie.  Fred had a special talent for mentoring new lawyers, which brought out the best in him and in those he taught. A gifted writer, he could transform the most mundane of legal briefs into eloquent prose that would persuade the most steadfast of skeptics.   Possessed with an infectious charisma, Fred inspired loyalty and a striving for excellence among all who worked with him. In his later years, Fred practiced law at Short Stumpf & Heller and at Walne Law. Fred was admitted to practice before the U.S. Supreme Court; U.S. Court of Appeals, Fifth Circuit; and U.S. District Court, Southern and Eastern Districts of Texas. He was Board Certified in Civil Trial Law by the Texas Board of Legal Specialization and he was invited to be a member of the American Board of Trial Advocates.

When not working, Fred loved spending time in Highlands, North Carolina, with his wife Jackie, where he played golf and enjoyed the company of many friends they made there.

Fred treasured his 50-year friendship with three of his fraternity brothers who got together at least three times yearly and he dearly loved his church where he & Jackie were married.  At St. John the Divine he served on the Associate Vestry and as a Lay Eucharistic Visitor and a Lay Eucharistic Minister, and he valued the friendships of those in his Sunday School class, Covenant Group and Cursillo Reunion Group.

Preceded in death by his parents, Howard and Helen Wentz Stumpf, Fred is survived by his beloved wife, Jacqueline Neu Stumpf, brother, William Stumpf and wife Derith, brother-in-law, Randy Neu and wife Kathy, and sisters-in law, Jane Thibodeaux, Thelma Loper and husband John, Mary Rollins and husband Scott, Karen Rieger and husband Sam, as well as many nieces, nephews, great nieces, great nephews and his devoted Westies, Penny and Annie.  He is also survived by friends and colleagues who will never forget his clever sense of humor and sharp wit.  Needless to say, Fred will be deeply missed by all who knew him.