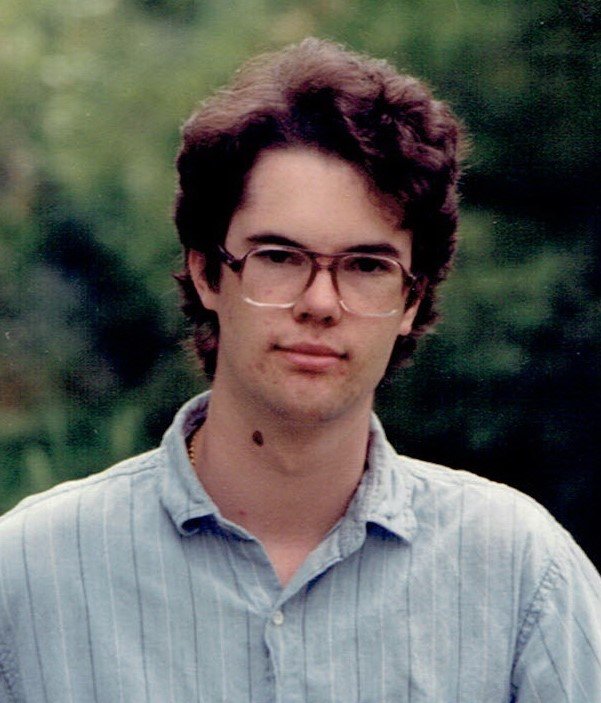 James David Rand, born May 25, 1970 in Presque Isle, Maine to David Phillip Rand and Linda Theresa (MacBurnie) Rand, passed away from natural causes on Monday morning, May 7, 2018 in Houston, Texas.

James graduated from Washburn District High School in 1989 and attended the University of Maine in Presque Isle, Maine. James loved animals - and the feeling was mutual. He was an avid reader of science fiction and fantasy, and an online computer game enthusiast. James was loved for his razor sharp wit, his dark sense of humor and his strong sense of family and friendship. For over two decades, James enjoyed his job as office manager at Rudyard’s British Pub in Houston, Texas.

He is survived by his maternal grandmother, Thelma Mae (Ryder) MacBurnie and his mother, Linda; his father and stepmother, David and Penny (Foster) Rand and her mother, Elizabeth (Leighton) Foster; his siblings: Susan Phillips, Deborah Rand, Philip Rand and Rachel Wills; along with their spouses: David Phillips, Melissa Rand, and George Wills; his nephews and nieces: Andrew and Alex Kabli, Sarah Callan and Chris McClean; Ryan, Timothy, and Madison Brantley; Mary and Max Phillips; and Eva Rand; two grand-nieces: Eliza and Andie Kabli; and many loving aunts, uncles, cousins, and friends, including his dear friends Lelia Rodgers, Derrick Dollar and Charles Graham.

A private ceremony will be held on Saturday, May 19th at 1:00 PM at Joseph J. Earthman Generations, 234 Westcott Street in Houston, Texas, followed by an open celebration of James’s life and work at Rudyard’s British Pub, 2010 Waugh Dr in Houston. A burial will take place in the summer in Maine, with time and place to be announced.

In lieu of flowers, donations may be made to the American Society for Prevention of Cruelty to Animals. Call the ASPCA at (800) 628-0028, or go online at aspca.org.