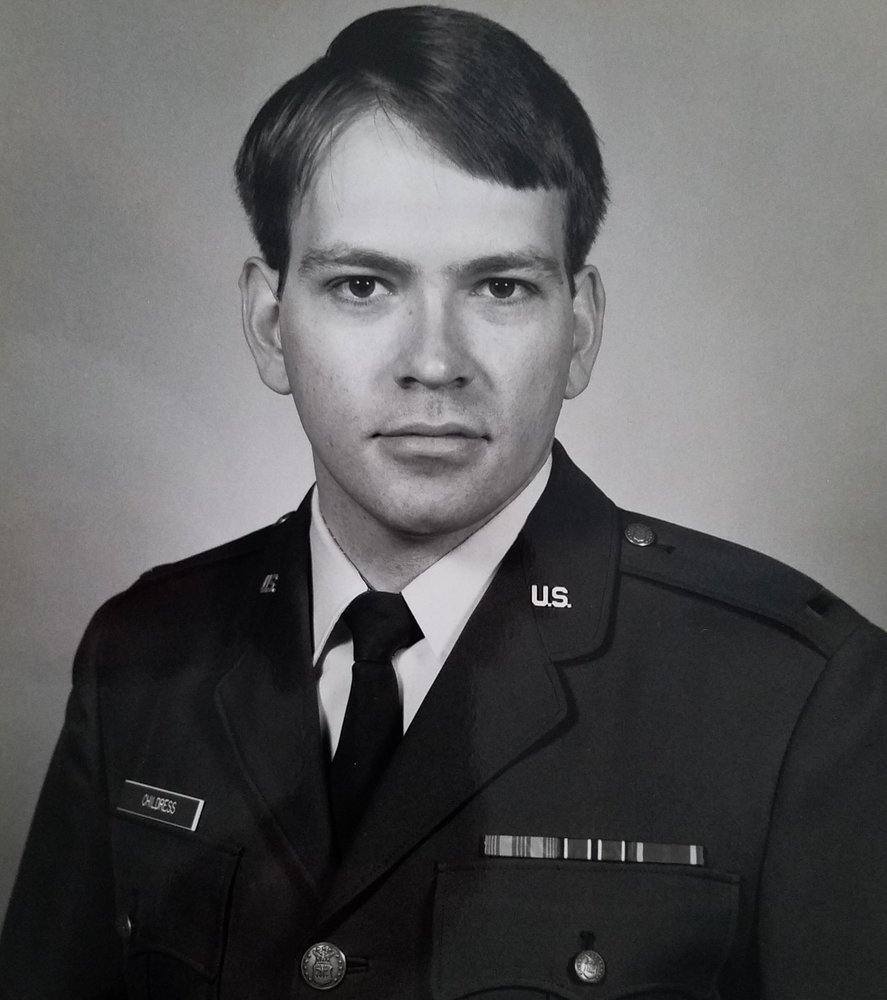 From the moment he was born, August 7, 1958, he was, and remained a gentle soul with only love to give others.

Sean served in the United States Air Force rising to the rank of Captain and was involved with computer science.

He was a follower of Jesus Christ and attended St. Simon and Jude Catholic Parish in The Woodlands, Texas for many years. He was also a part of the church music group.

Sean was a lover of music and could make an acoustic guitar sing like a dream and he encouraged the love of all music.

He joins in Heaven his parents, Mercer Clyde Childress and Marilynn “Jill” Corbett Childress; and his brother, Dana Childress.

He is survived by his wife, Donna Wells Childress; sister, Pamela Childress Tredway, sister, Corbett Childress Kimball; and brother-in-law, Lange Edward Kimball; along with many nieces, nephews, and beloved friends.