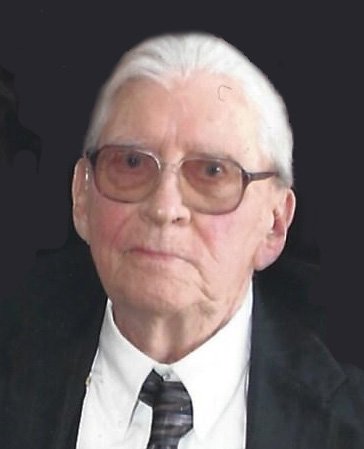 Alvin J. Kainer, 91, passed away Saturday June 23, 2018 in Houston, Texas.  He was born on November 1, 1926 in High Hill, Texas to Adolph and Wilhelmina Wick Kainer.  He was the 7th child of 10 children.  Alvin was 14 when his father died in 1941. Three years later in 1944 his brother Herbert was killed on D-Day in France serving in the US Army during WWII. Since all of the older brothers were in the Military, Alvin was left with the responsibility to remain home to help his Mother and sisters and younger brothers on the farm.  At this time Alvin also quit school while in the 9th grade. Alvin was very devoted to his Mother and siblings. He always told his sister, Rosalie, that he would take care of her. Alvin wanted to go into the military so bad that finally his Mother said when he turned 18 he could go, but he needed to plow the field first.  That very day he ended up getting severely burnt filling a tractor with gas. He spent his 18th birthday and the next three months in John Sealy Hospital in Galveston. That was the end of his dream to be in the Military.

Alvin met the love of his life thru his sister Dorothy (Dot).  She had a friend from school named Dorothy who needed a date for New Year’s Eve.  One date is all it took for Alvin to fall in love.  He married Dorothy Ognoski, the love of his life, on October 20,1951.  They had 2 children, Kenneth & Ann.

In May of 1946, Al joined the Knights of Columbus in Schulenburg, Texas and became a 3rd degree member.  He transferred to the Houston Council #2917 in 1948 and that became his K of C Home. Al served as Grand Knight for two years.  He was Grand Knight in 1997 when Houston hosted the International - Central Division Bowling tournament.  Al has held several offices in the North Side Columbus Club - President 2 years, Vice President 3 years and was on the board of directors for 8 years. He has also chaired many K of C functions and fundraisers.

Al started bowling in the early 1950's with the K of C 2917 Men's Bowling League.  He served as league President and Sargent of Arms.  The league has been through many changes, going from a men's league to a mixed league.  Al enjoyed the mixed league because then he was able to bowl with his daughter Ann.  He's had several 200 games with his highest game being 277.  He received a watch for bowling 100 pins over his average.  Al bowled in the K of C International tournaments for 40 years.  He also bowled in the Southern and Western tournaments. Al took a train to West Allis, Wisconsin in 1968, to attend his 1st National tournament.  He had such a good time and met so many new friends that he looked forward to the tournaments every year.  Al helped with hosting the International, State and Western Tournaments in Houston.  He really enjoyed welcoming all his friends to Houston.  On June 25, 2005, Al was inducted into the K of C International Bowling Hall of Fame. On April 7, 2018, Al had the honor to roll out the first ball to kick off the 55th Men’s State Tournament. At this time Al was also presented the lifetime bowling achievement award. Although Al could not bowl any longer, he still enjoyed cheering for his friends.

Al has always been involved with the Catholic Church. Growing up, he was an Altar boy until he was 18 years old.  He was the president of the Christian Youth Organization in High Hill, Texas for 3 years.  He was the driver for Father Gerlach, priest in High Hill, Texas. One of his volunteer jobs was lighting the heaters every morning at the church and school. He was an Usher and a member of the Men's Club at St. Theresa Church.  Al has worked many bazaars, from selling the most raffle tickets to setting up and working booths for K of C and St. Theresa Church.

When Al's son Kenneth was in Boy Scouts, he was the scout leader for 2 years and helped the Scout Master for 3 years.

Al worked in a supervisory and management capacity for over 40 years at OTM Machine Shop, Brand Export Packing and Kainer Export Packing Companies. After he retired he worked for Four Seasons Development as a driver & mechanic for 18 years.

Al held many positions of leadership and responsibility, and made many contributions over the years. With his limited education he was an example of how you can succeed in life working hard.  He was generous and a delightful person.  He loved talking and being with people especially in the German language. Al was very proud of his German heritage.

For those wishing to honor Alvin's memory, Donations may be made in Alvin's name to:

The Kainer Family would like to give special thanks to Alvin’s Friend and Caregiver, Cheryl.
They would also like to thank everyone that helped Alvin in any way.