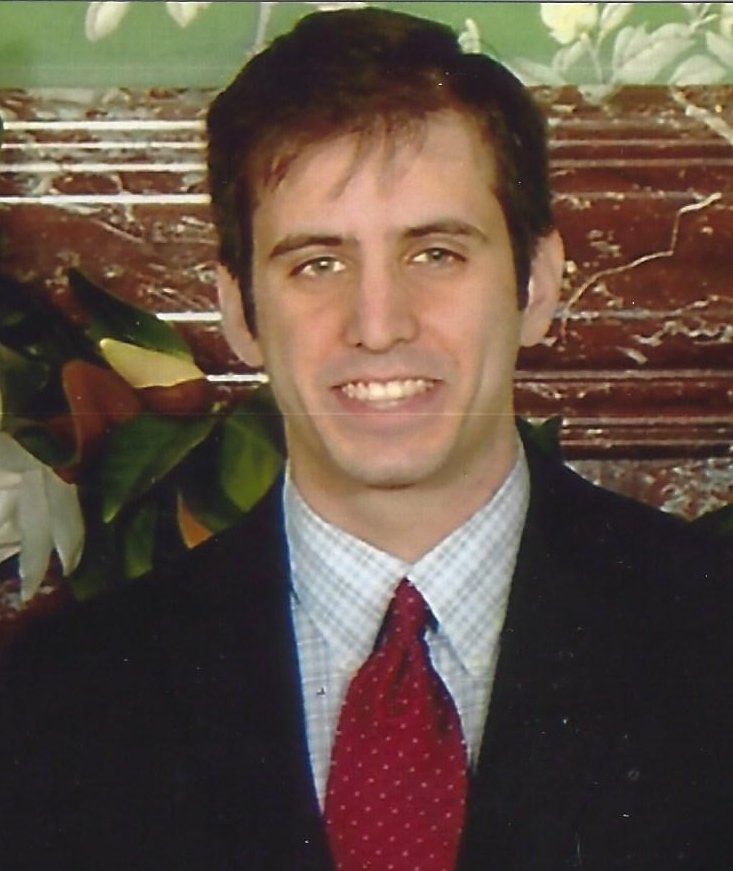 David Womack Colbert IV was born in Hayward, California on August 27, 1987. He was named in honour of his great-grandfather David Womack Colbert Senior, from Columbia, Mississipi. He was the oldest of two sons born to David Womack III and Cynthia Geralyn Nunes Colbert. David lived in Union City up until the age of six, when the family moved to Austin, Texas. After graduating from Stony Point High School in Round Rock — where he received a varsity letter in golf — David attended Texas Tech University and pledged to the Sigma Phi fraternity.

He was always a wanderer with a unique spirit of adventure and enjoyed seeing new places and meeting new people. Inspired by the Colbert tradition, David set out on his first big adventure and drove across the United States to work for a summer at Yosemite National Park. As a proud Colbert man, David always cherished his family’s past, so he decided to move to Columbia, MS to connect with his grandfather’s roots and lived with his cousins Claire and Harold van Gahlen. There, he worked two jobs and enjoyed learning about his ancestors. Following that experience, he decided to stay in Mississippi and transferred to Ole Miss, in Oxford, MS. As usual, his contagious joy and warm smile touched many and he made numerous friends there. As a student at Ole Miss, David then took the chance to pack his bags once again for a short stint in London in an exchange program. It wasn’t long before the travelling bug got him again, so he left Mississippi and moved to Las Vegas to play poker. There, he worked at Maestro’s restaurant and made incredible, life-long friends. In 2011, David’s journey took him to Wichita, Kansas to live with his mother, who then was the executive director at Catholic Charities. He completed his Bachelor of Science degree in Finance at Wichita State University while working full-time as a barista at a local Starbucks.

In 2013, he moved to Houston and worked for Catholic Charities of The Archdiocese of Galveston-Houston as a grant specialist and received a certificate of non-profit finance from Rice University. But David wasn’t done travelling. He got called to another adventure, this time in Denver, Colorado, to work for what was then Janus Capital. From there, he was promoted and transferred to the company’s Singapore office in July 2016, as an investment data analyst for Janus Henderson Investors, fulfilling a life-long dream of living and working overseas. David was a passionate and dedicated professional who really enjoyed working for his company and deeply appreciated being in the presence of his work colleagues, sharing good laughs and learning from them.

Once in Asia, he was able to travel to countries such as Taiwan, India, Hong Kong among other places. He met the love of his life, Fernanda Moura Guimaraes, in December 2016 on one of his many trips to Paris. They got engaged in December 2017 and shared a love of travel and adventures. Together they went on to explore Portugal for David wished to visit the home country of his Nunes ancestors. He was also the first Colbert since his great-grandfather to go to South America when he visited Fernanda’s family in Brazil. On October 12th, they exchanged their vows and were married in spirit.

David had friends all over the world and is remembered for his sense of humour, joy of life, his wit, generosity and kindness. He will be missed by all who loved him. He is survived by his parents, David and Cynthia Colbert; brother, Derek Colbert; wife, Fernanda Guimaraes; sister-in-law, Ashley Taber, nieces, Kennedy Colbert, Carmen Alvarado and nephew Jayden Alvarado. David will also be missed by his aunts Lotte Colbert, Karen Colbert, Deborah Colbert, Cecilia Bravo, uncles Leland Nunes, James Taylor and numerous cousins. David’s memory will also be cherished by his great-uncle Joe Colbert and great-aunts, Sally Colbert Shaw and Patti Colbert.

The Colbert family extends their sincere thanks to Dr. Charles Johnson with Hope Medical and all the medical staff at Singapore General Hospital, Mount Elizabeth Hospital and Memorial Hermann Hospital in Houston. For almost 6 months, David, our warrior, bravely fought against numerous adversities, always with his head held high.

David's one tattoo said “All things shining”. David, you are shinning bright for all of us.

David will be laid to rest in San Juan Bautista, California.

Donations may be made in David's memory to Catholic Charities of the archdiocese of Galveston-Houston.