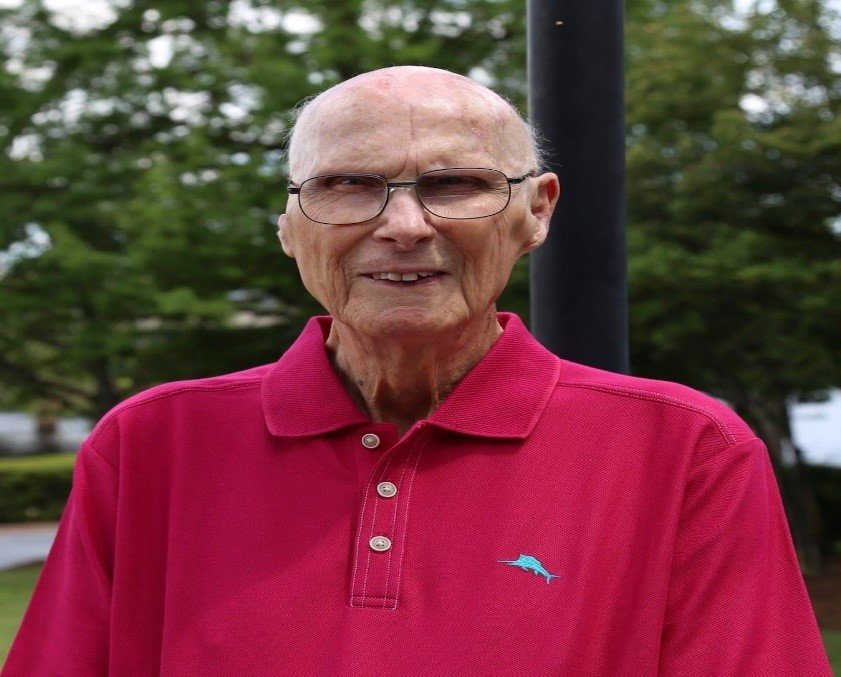 Henry Roy Speyrer was born on April 13, 1927 in Leonville, Louisiana to Michel and Lula Speyrer.  He passed away on Monday, April 1, 2019, in The Woodlands, Texas.

Henry was preceded in death by his parents, sisters Mary Stelly and Edna Mae Begnaud, and brothers Emile, Robert and John Speyrer.

He is survived by his Spouse, Narda Sue (“Sue”) Speyrer, son Richard and wife Mary Ellen from Hallettsville, Texas; son Gary and wife Sherri from Brandon, Mississippi, daughter Cynthia from The Woodlands and son Carl and wife Tamra from Conroe, Texas.  He is also survived by his 6 grandchildren Timothy, Dustin, Jared, Joshua, Emma and Ava and his great grandchildren Paxton, Hudson, Brody, Ellie, Piper and Nora.

Henry grew up in the Cajun country of South Louisiana with his loving parents, brothers and sisters.  Although he was raised during the Great Depression, his childhood home was always full of love and caring which he instilled in his own family.

After serving in the Army during World War II, he graduated from Louisiana State University with a degree in petroleum engineering in 1951.  As a young engineer in training, he was transferred to Artesia, New Mexico where he met his wife of 65 years, Sue, who was in Artesia working as a first grade teacher.  They married on November 13, 1953 and later moved to east Texas for his job and where they started a family.

His career in the energy industry progressed from field production engineer in Louisiana, to drilling engineer in Oklahoma and then in 1974 to an executive position with an independent energy firm in Houston.  He retired in 1991 to spend more time with his family.

He and Sue became avid travelers visiting the pyramids of Egypt, the Great Wall of China, the Holy Land, Machu Picchu, the rivers of Europe and many other fun and exciting locations.  As a loving father, he was always supportive of his children’s and grandchildren’s activities in sports, scouts and especially education.  As a result, all four of his children achieved college degrees and successful careers.  He has been a loving and proud grandpa and great-grandpa.  He will be forever missed by his family and by everyone who crossed his path.

A visitation will begin at 5:00 p.m. with a Vigil for the Deceased and recitation of the Holy Rosary to begin at 7:00 p.m., Monday, April 8, 2019 at Saints Simon and Jude Catholic Church, 26777 Glen Loch Drive in The Woodlands.

Donations may be made in Henry’s memory to the Society of St. Vincent de Paul or any other Catholic charity of your choice.