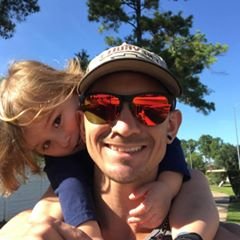 Sean “Poncho” was preceded in death by his idol, Papa Terry Lindberg, and his grandmother, Debbie Lindberg.

Sean was an amazing, kind hearted, sarcastic and goal-oriented man. He worked as an operator for several years, recently taking a huge leap of faith changing his entire career path. He was a strong-willed, stubborn, God-fearing individual who would take risks never considering failure as an option.

He adored and loved his son beyond measure. He loved working outside and took so much pride maintaining his dream home where he and his girlfriend, Haylee Key, resided. He loved spending hours riding his mower manicuring the property, all while drinking a cold beer. He was a champion of adversity; despite all of the hardships, he always maintained a positive attitude and outlook on life.  He never saw himself as anything less than a CHAMPION!!!

Thank you all for loving Sean!