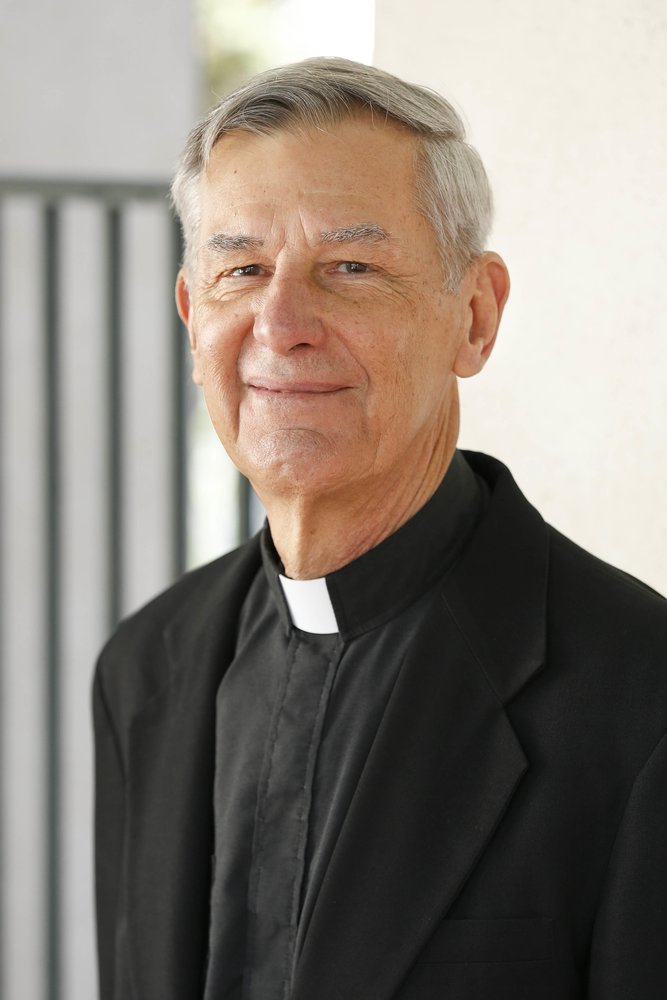 Henry Willis Strobel, Jr. was born on February 19, 1943, in Charleston, South Carolina to Henry and Madge Strobel.  He went to sleep peacefully on Friday night and woke up joyfully in heaven on November 23, 2019. He is now celebrating with our heavenly father and the many souls who have preceded him, including his mother and father, his daughter Karen Rebecca, and other beloved family members and friends.

Henry was a scientist and an Episcopal priest.  After earning his Bachelors of Science Degree at the College of Charleston, he went on to obtain a PhD in Biochemistry at the University of North Carolina at Chapel Hill and completed a postdoctoral fellowship at the University of Michigan. He became a deacon at St. Aiden’s Episcopal Church while in Ann Arbor and, after moving to Houston to become a faculty member at the University of Texas Medical School, he was ordained to the priesthood at Palmer Memorial Episcopal Church. To those who would ask about the seeming divergence of his two vocations, he would reply simply that “God explains the why and Science explains the how.”

Henry was quick to create, cultivate and embrace community everywhere he went.  The recurrent theme among all of his contributions is the creation of activities or experiences which led to shared dialogue, the free exchange of ideas and beliefs, and the nurturing of relationship.  At Palmer, he helped implement a 9:00 a.m. family service, with full communion, to extend the embrace of the church to all ages.  He also, with other longtime friends, helped organize a monthly adult discussion group which continues to this day.

His contributions to the medical school are similar in kind and sustainability. In 1977, he helped create the first freshman class orientation retreat weekend at Camp Allen, designed to bring both faculty and students together.  This retreat continues now and sets a tone of inclusion and cohesion for the incoming medical students, as well as giving them an opportunity to bond amongst themselves.

Henry’s influence is woven into the fabric of the medical school. Early on, he was appointed to be the first Associate Dean for Faculty Affairs and worked hard with a group of dedicated staff members to bring out the gifts in each faculty member, not only so they could get promoted, but so they would become better teachers and learners as well.

His passion for science and faith combined in many profound ways, evidenced by  numerous weddings he solemnized, the babies he baptized, and the counseling he gave to all those who sought it.  He was known throughout the church and the medical school as being a ready and willing listener, a trusted confidant, a dedicated educator, and a man with sage counsel who was slow to anger and quick to laugh.

He was a lover of other cultures, traveling extensively through China, India and Europe to enjoy the unique offerings abroad. He enjoyed the spoken word, and was moderately fluent in both French and German. He was a voracious reader, an excellent writer and an Opera and Symphony enthusiast.

A teacher by nature, he was always ready to share his experiences and reflections with those around him and Nathanial and Elizabeth were lucky enough to be lifelong pupils of his. He taught them to appreciate the stolen moments life offers, like time spent together running an errand, driving to the airport or even changing a dirty diaper. He regularly noted the beauty of the sunset and the immense glory in our world.

He shared with them his cornball sense of humor, his proclivity towards talking in initials and his affinity for intentionally mispronouncing words.

He nurtured their faith by demonstrating that faith is a proactive and interactive relationship with God, not just an item to check off by attending church on Sunday.

He was also incredibly proud of them, often sharing glowing stories about them with colleagues. He was a living example of how to love out loud, consistently voicing and showing his love and affection for them.  He celebrated them when challenges were overcome and he gently guided them with a piece of advice when appropriate.  He loved them unconditionally and uniquely, showing them by example that a loving response is always a correct response. He taught them how to live and to live well.

To honor Henry, you are encouraged to skip down the street, ask a friend to coffee, enjoy a nice glass of wine on a hot summer day, make a bad pun, buy lunch for a student, lend a hand to someone in need, offer your heart or find your own way to love out loud.

A Eucharistic Funeral Service will be held in celebration of the life, love, and legacy of Henry at 11:00 a.m., Wednesday, December 4, 2019 at Palmer Memorial Episcopal Church, 6221 Main Street in Houston, Texas.  Parking at the church is limited and funeral attendees are encouraged to utilize Medical Center hospital parking.

In lieu of flowers, contributions may be made in his honor to the Henry Strobel Endowment Fund, which provides financial support for the freshman retreat (a check may be made payable to UT Health, memo line: Henry Strobel Endowment Fund, PO Box 1321, Houston, TX 77251) or to Palmer Memorial Episcopal Church (memo line: Clergy Discretionary Fund, 6221 Main St. Houston, TX 77030).

Share Your Memory of
Henry
Upload Your Memory View All Memories
Be the first to upload a memory!
Share A Memory
Plant a Tree