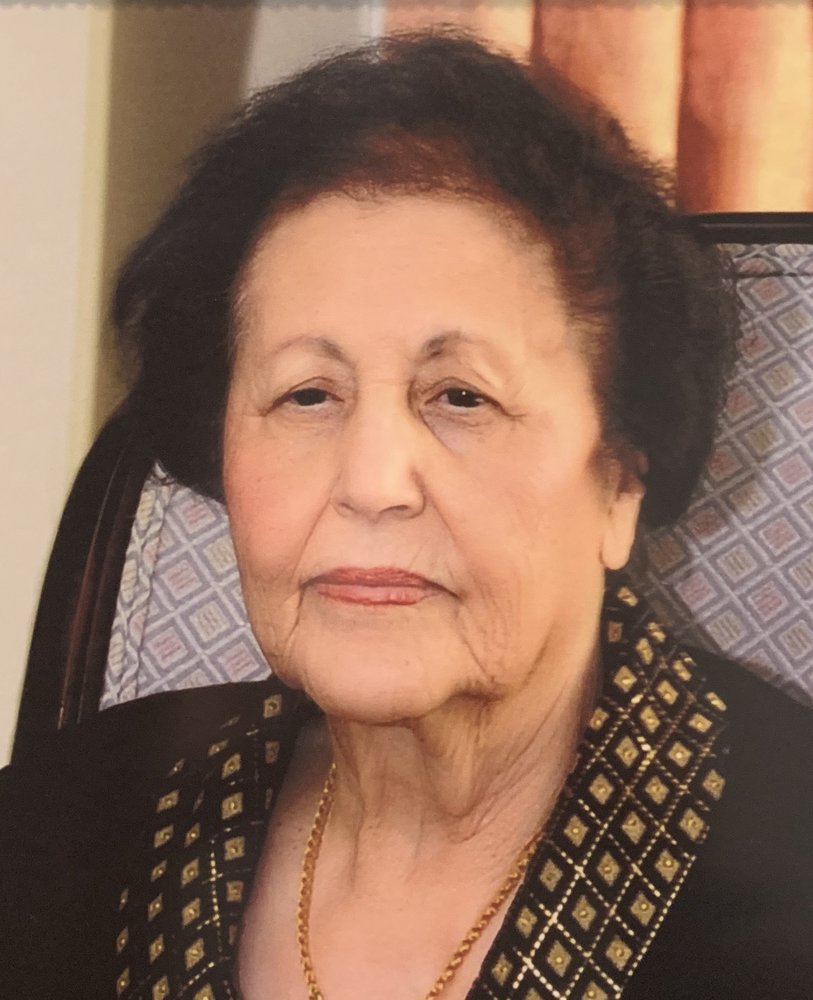 Najla was born in Ramallah, Palestine.  She was the second of six children and was the first member of her family to graduate high school when she completed her studies at the Friends School.  She married Yousef Balat on July 12, 1942, and they had five children together before moving to Houston, Texas, on October 31, 1968.

Najla worked beside Yousef at his convenience store for over ten years before he retired.  She lived in Garden Oaks with her daughter, Aida, and close to her other children, for the rest of her life.  She enjoyed traveling for as long as she could, especially to her home in Ramallah, and spending time with her beloved family.  She was the personification of the word "matriarch".  Everyone who met Najla was a welcomed new friend.

Najla was preceded in death by her parents, Boulos and Iknou Cook; sisters, Suheila Foteh, Selwa Rukab, Nuha Sacklleh, and brother Issa Cook; husband, Yousef Balat; and her children, Aida and Issa Balat.  She is survived by her oldest sister, Naimeh Khoury; children, Aida Balat II, Dr. Isam Balat and his wife, Nahla, and Hilda Madanat and her husband, Jehad.  She is also survived by nine grandchildren, four grandaughters-in-law, seven great-grandchildren, dozens of nieces and nephews, and countless friends.  She will be forever missed.

Share Your Memory of
Najla
Upload Your Memory View All Memories
Be the first to upload a memory!
Share A Memory
Plant a Tree