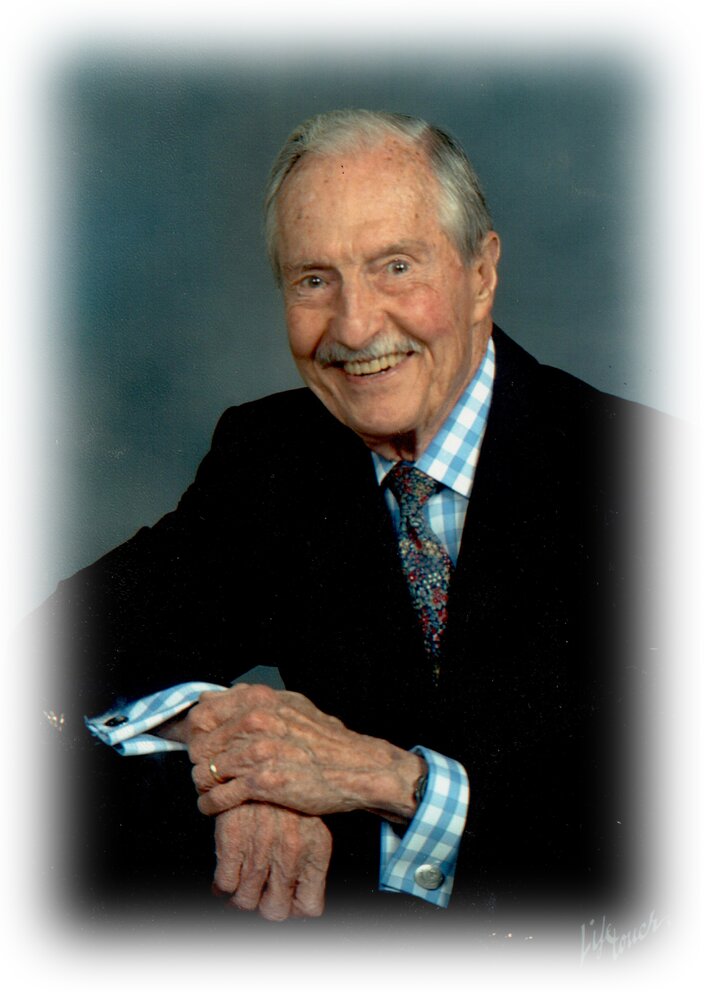 Robert “Stan” Flanagan was born on September 20, 1924 in Oklahoma City, Oklahoma, and passed away peacefully on Sunday, June 5, 2022 in Houston, Texas .

Stan was preceded in death by his parents, his wife Mary Flanagan, his brother George Flanagan, and 3 of his sisters: Patsy Flanagan Rockwood, Kay Flanagan Wasinger, and Virginia Flanagan Koppel. He is survived by his brother Tom Flanagan and his sister Lou Flanagan Ackerman, his 4 daughters:  Kathleen Flanagan Spell, Beth Flanagan Fruge, Ginger Flanagan McKnight and Maureen Flanagan Evans and his 7 grandchildren and 4 great-grandchildren.

Stan grew up in Oklahoma City, OK and graduated from St. Joseph’s High School in May of 1942 . He began attending college at Oklahoma A&M (now called Oklahoma State)  but soon enlisted in the Navy. He spent 3 years in the Navy, reaching the rank of Sonar Man 2nd class. After his Honorable Discharge from the Navy in 1946, he returned to Oklahoma A&M to receive his Bachelor’s Degree in Electrical Engineering. Upon graduating college, he was offered a position with Westinghouse to sell xray equipment and products to hospitals, clinics and doctor’s offices, thus beginning his long time career in sales. During one of his sales trips, Stan wooed and stole the heart of Mary Sigmier while performing a magic trick. Stan and Mary married in 1952, went on to have 4 daughters and eventually settled in the Houston area in 1958, making Houston their permanent home.

Stan had many interests and hobbies he pursued during his time in Houston.  He was a magician for many years and active in the Houston chapter of the International Brotherhood of Magicians.  He often performed magic shows at many family gatherings and birthday parties and was always the hit of the party. He was very committed to living a healthy life, and exercised daily until the young age of 90.  For many years he swam competively in the Master Swimmers group, and helped organize meets and competitions at the Dad’s Club YMCA. Stan was a master “joke-teller and story-teller” and spent time perfecting his craft through the Toastmasters organization.  Most nights at the dinner table included a joke or a “tall-tale” shared with the family.

Stan was an involved member of his church, St. Jerome’s Catholic Church. He served as President of the PTO board while his daughters attended catholic school. He volunteered as lector, Eucharistic Minister, initiated and led the church Blood Drive campaign for numerous years. He was an active member of the Knights of Columbus and in 2016 was given the Knight of the Year award.

Donations may be made to Catholic Charities.

Share Your Memory of
Robert
Upload Your Memory View All Memories
Be the first to upload a memory!
Share A Memory