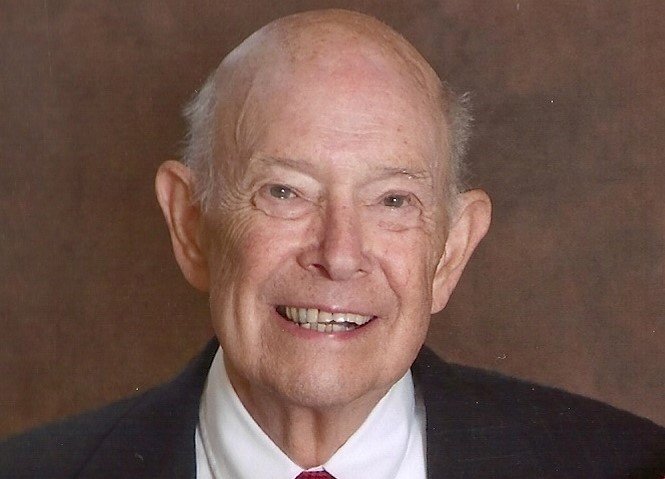 William Grant Lawyer was born on March 10, 1934 in Tulsa, Oklahoma to Howard Fenton Lawyer and Martha Washington Marker Lawyer.  He was raised Presbyterian, and later in life during 1973 he would choose to become Catholic. He went to Lanier Elementary school, followed by Woodrow Wilson Junior High, then graduated from Will Rogers High School in 1952. He attended Westminster College, University of Houston, but did not complete college until many years later, receiving a BSA from Washington University, St. Louis, Missouri in 1973.

Bill decided to join the United States Air Force in 1956 and served until 1962, finding it a good fit.  After completing boot camp in Biloxi, Mississippi, Bill was stationed for a year at March Air Force base in Southern California for his first assignment where he worked in Communications, and a six month tour in Tule, Greenland.

After discharge, he returned to Tulsa and went to work for Western Electric Co. as an Installer.  He met Judy Quinn in Tulsa through a blind date that was arranged by his good friend, Warren Cox.  They married in Tulsa on November 27, 1963.  In January of 1964 Bill was transferred to Houston, continuing to work for Southwestern Bell.  During 1964, Bill was promoted to engineering associate.

In 1968, he was transferred to St. Louis, then returned to Houston in 1974.  He continued to work for Southwestern Bell until he retired in 1991.  However, he never truly retired because he took on contract work until 1997, consulting for T-ATCO.  Later he then worked for Tex-Sun Pools part-time in the office and warehouse.

In 2011, Bill moved with Judy to Conroe to a retirement community as his life started slowing down and the house got to be too much to manage.  He adjusted to the change and new life in Conroe, and made new friends easily as he enjoyed conversing with people and loved to dance.  He continued to sing in the choir for as long as he was able. Bill suffered for many years from the effects of vascular dementia and Alzheimer’s dementia.

Bill was a hard worker, providing everything his family needed. In his younger years he loved running, swimming and gardening; where he earned his Master Gardener certificate. Bill is leaving behind memories for us all.

He was a brother to Fenton; an uncle to Janice, Tracey, Howard, and Tim; a husband to Judy for 54 years; a father to Larry and Ginny; a father-in-law to Alecia and Tommy; a Papa to Jacob, Zachary and Payton; and a friend to many.  He is preceded in death by his daughter, Stacey; parents, Howard and Martha Lawyer; and brother, Fenton.  Bill passed away on June 3, 2018 with his family by his side.

In lieu of flowers, please consider a tribute donation honoring his memory to the Alzheimer’s Association at: https://(www.alz.org.