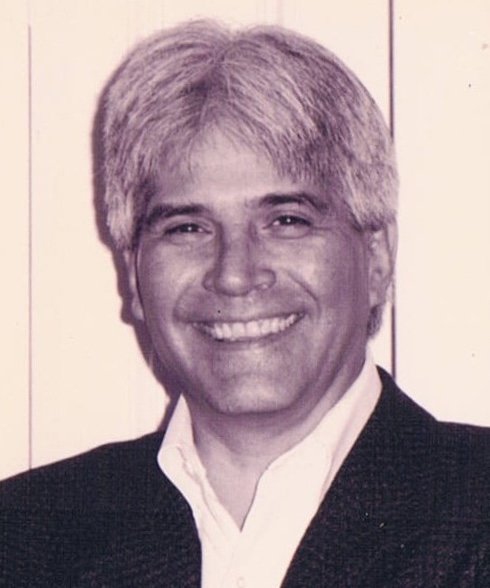 Ralph William Longoria, born August 2, 1949 in San Antonio, Texas to A.M. “Chemo” Longoria and Palmira Piña, passed away peacefully in his home on June 8, 2018 in Houston, Texas, in the presence of family.

Ralph was a 1967 graduate of McAllen High School and attended Southwest Texas State University where he earned a Bachelor of Arts in 1973. His study in theater and journalism served him well throughout his successful and rewarding 45-year career in industrial sales, which also served as his primary hobby as he was drawn to the “art of the deal.”

He will be remembered, in part, for his love of family and friends, legendary parties (and famous fajitas) and larger-than-life personality. Lutheran school laid an early foundation, but he gave his life to his Lord and Savior, Jesus Christ, on October 14, 1991. He often quoted Paul’s words declaring, “I am not ashamed of the gospel” and seized opportunities to share the good news of Jesus, even with strangers.

Ralph began Bible Study Fellowship in 2002 and recently completed his 16th year, committed to cultivating a deeper relationship with God. He eagerly volunteered over the years in church, most recently at his West End church home, and also with LifeGift as an Ambassador of Hope to promote organ, eye and tissue donation. A Houstonian for nearly 40 years, Ralph loved his home teams and the Blues, spending a few of his final days willing the Rockets to the NBA finals and listening to live music at The Big Easy Social & Pleasure Club.

Preceded in death by his parents, Ralph is survived by his “main squeeze” – his loving and devoted wife of 18 years, Sylvia Longoria; his three daughters, Summer and her husband, Robert Stephenson of Richardson, Texas, Jenna and her husband, Dominic Le Croissette of Houston, Texas and Jacquelyn Longoria of Austin, Texas; his stepson, Tommy Riley of Erfurt, Germany; and two grandsons, Jack Weber and Paul Weber, of Richardson, Texas.

He is also survived by his siblings, A.G. Longoria, Pam Longoria, Rick Longoria; and two nephews, Casey McGar and Ian McGar; his stepmother of 30 years, Mary Alice Longoria, as well as his stepsiblings, Alicia Ortiz, Esteban Longoria, Jaime Longoria and Fred Longoria, along with their families and numerous beloved extended family members.

“Turn your eyes upon Jesus, look full in his wonderful face, and the things of earth will grow strangely dim, in the light of His glory and grace.” – Hymn “The Heavenly Vision (Turn Your Eyes Upon Jesus)” by Helen Howarth Lemmel.