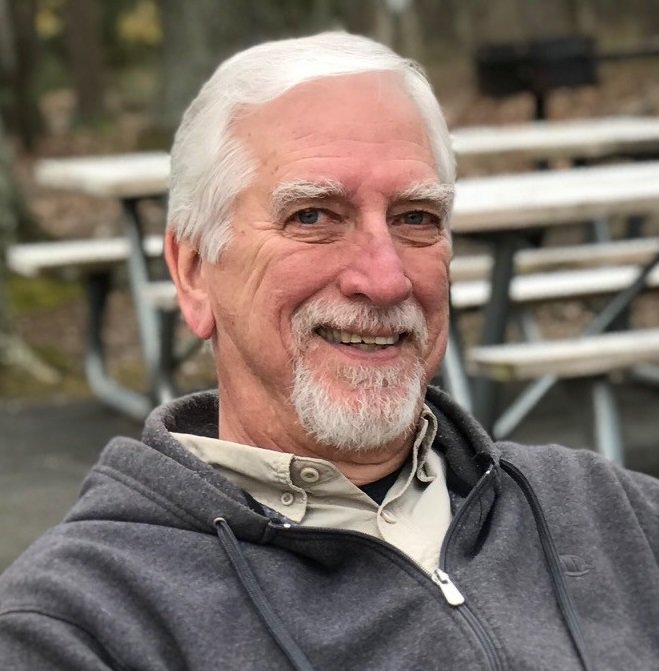 Richard graduated from Lanphier High School in 1964 in Springfield, Illinois and enlisted in the United States Marine Corps at the age of 19.  He served two tours in Vietnam and was honorably discharged July 1971, after reaching the rank of Sergeant.  He attended El Segundo College and transferred to The University of California Berkley where he graduated with a Bachelor of Arts in Biochemistry in 1973.  While attending U.C. Berkley, Richard met the love of his life, Peggy Ann Kieffer, and was married December 27, 1971.  Over the next 46 years, the couple moved across the country for numerous jobs, from Illinois to the state of Washington to Florida, Louisiana and finally Texas where Richard retired from Entergy Corporation after 22 years of employment.

Richard upheld strong Christian values, evidenced by the cross pin he dutifully wore on his lapel, and acted as a living witness through his interactions with others. He lived the creed “God, family, country,” putting his family’s needs before his own and serving others before himself. Through his lifestyle, he invariably drew others to him for his sound counsel and fatherly wisdom.  His home was always open, and many considered him a second father.

An embodiment of the phrase “those who can, do; those who can’t, coach,” Richard coached his kids and others through soccer, basketball, baseball and most colorfully, swimming, where he was known to bark like a seal to motivate his swimmers.  Although self-identified an introvert, Richard was considered by most to bring life and energy to all situations and was affectionately thought of as Peggy’s fourth child.  He could bring a smile to any face and often introduced himself as Retardo Eugenio Micko Sicko Suck-A-Picko.

Richard’s family and friends find great comfort in the knowledge that he has ventured to his eternal home but will deeply miss his strong presence, kind words, unwavering sense of humor, and spiritual influence.

In lieu of flowers, please consider a donation to the the Sts. Simon and Jude Retreat Fund, 26777 Glen Loch Drive, The Woodlands, Texas 77381.