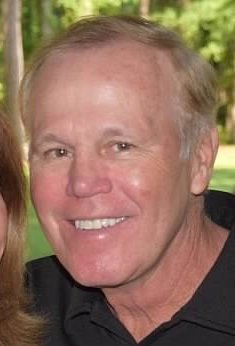 Robert J. “Bob” Jerome, born March 6, 1953 in Watertown, New York, passed away peacefully in Houston, Texas on Sunday, December 2, 2018 surrounded by Kate Jerome who was his beloved wife for 15 years and his stepson, Eric Nyquist.

A graduate of Ithaca College, Bob spent seven years as a physical education instructor in Australia before returning to the United States where he began an exceptional 35 year career in the airline industry. Bob entered the business in 1982 with People’s Express; however, he moved to Continental Airlines as a Sales Manager in Buffalo in 1983 and was subsequently promoted to District Sales Manager. In 1996, Bob was named Regional Sales Director for the Southeast; a position he maintained through the merger of Continental and United Airlines until his retirement on November 1, 2018.

Bob was known for his infectious smile and quick wit. His famous one-liners (dubbed “Bob-isms” by his stepchildren, Eric Nyquist and Lindsay Fargo) are legendary and often quoted by his many friends and devoted United team members. An avid golfer and world-traveler, Bob’s positive influence of friendship, service, and professionalism was respected around the globe.

Bob is survived by his loving brothers and sisters: Joanne and Pete Dick, Jerry and Peggy Jerome, Janice Jerome, Janet Durham, Ron and Sally Jerome, Dennis and Pam Jerome, Randy and Laura Jerome, Tim and Audrey Jerome, and Jacqueline Murphy. He was preceded in death by Judy Jerome, Jackie Jerome, and Bill Jerome.

Celebrations of life will take place in Adams Center, NY; Charleston, SC; and Houston, TX in early 2019. Donations in Bob’s memory may be made to Abby’s Friends at www.abbysfriends.org and Golfers Against Cancer at www.golfersagainstcancer.org

Share Your Memory of
Robert
Upload Your Memory View All Memories
Be the first to upload a memory!