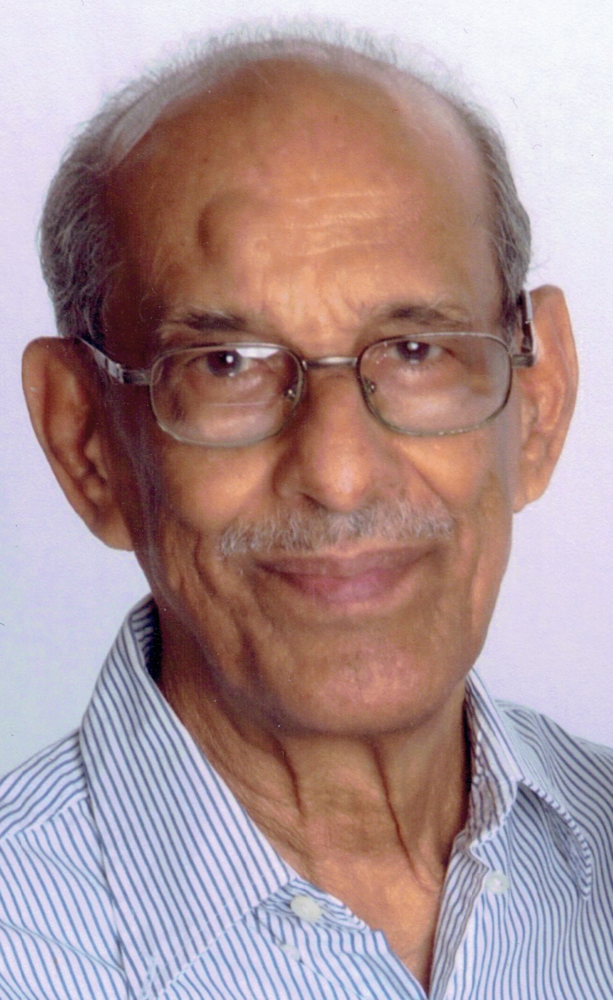 John Varkey Kunthara, also known as Oonachan, Johnsaar, and lovingly as Echachan to family, was born on July 28, 1927. He was the third in line of nine children in the Kunthara family of Panavally, Kerala, India. He was married to the late Annakutty of Yogyaveetil family, Muhamma. The couple was blessed with 10 children, 2 of whom passed on shortly after their birth. Their remaining children are: B. John, Joseph, Jacob, Sherly, Lissy, Tom, Merly and Hendry. Moreover, they were blessed with 19 grandchildren and 2 great-grandchildren.

Chapter I: Shop Owner: Though he never went to college after high school he started his career as a shop owner. His store was known as the “General Store”, which was a provisions store, in Poochakkal, Kerala.  As a side business, he also made available microphone sound system sets & lighting for the surrounding areas of Poochakkal. In those days, mic sets were a novelty and everybody wanted to use them for family and public events just like today's deejays at parties.

He was a pioneer in bringing electricity to his village in Panavally. It was rare to find electricity in any of the surrounding areas and so people would look on with awe when they saw light coming from a glass globe without any fire or smoke.

Like his interest in electricity, he had an affinity towards new technologies of the times, which included the radio. He acquired one made by Murphy Radio that was the size of today's microwave. It was a big hit because people were amazed when they were able to listen to news and music coming from a box.

Chapter II: Life Insurance Corp of India Field Officer. While he ran the General Store, his brother-in-law introduced him to him an opportunity to become a Field Officer for Life Insurance Corporation (LIC) of India in Thalook Cherthala. This new job gave him an opportunity to move to a bigger town just a few miles away from his hometown. It was a blessing and a turning point in his family’s life and afforded him new opportunities to meet and make friends with many people who were prominent in business and culture. He was member of the Lions Club of Cherthala throughout his time there. He helped many people in his extended family and in the community. He was also involved with the local church and held many leadership positions in the church. He continued with LIC as a Field Officer for many years and retired as a Development Officer for LIC.

Chapter III: Life in the United States of America.  After he retired from LIC of India, he had the opportunity to resettle in the United States of America and eventually became a U.S. citizen.  Echachan traveled often between the U.S. and India.  When he moved to the U.S. he was in his early sixties, but he did not sit idly at home.  He found a job at the fast food chain Dairy Queen. His job was to make sure the store was in proper shape and people ate in a clean environment.  He used to own a small car, an Isuzu, and that car went through many hands in the family for many years. He used to drive in the early cold mornings of Seattle, WA, to go to work. He enjoyed his job and frequently talked about it to his grandchildren.  He later settled in Houston, TX, while still traveling to visit family in Seattle and Arizona, as well as Kerala.

Chapter IV: Echachan’s Qualities. Echachan had many virtues to aspire to emulate.  Perhaps chief among them was kindness.  He lent his hand and money to anybody who approached him for help.  Ammachi used to tell their children about people who borrowed money from him and never returned it.  Echachan would never ask for the money back.

He spent a lot of his last few years contemplating various things we believe or take for granted.  He never shied away from questioning certain beliefs and customs that we tend to follow without question.

According to Issac Kunthara, son of Tomy and Cisy, Echachan always reminded him to shave and cut his hair so that he wouldn’t look threatening or harmful to other people around us. Echachan would say to do those things so that while traveling, the TSA wouldn’t think our family members were a threat.  While funny to us, he knew most people would judge others based on appearances no matter what the situation and that people were not necessarily as welcoming as they could or should be.

According to George Kunthara, son of B. John and Marykutty, when there would be conversations with many people, Echachan seemed to always be the one person who wasn’t talking.  It wasn’t because he didn’t have anything to say, but because he always listened to everyone else’s opinions before he gave his own thoughts.  He never discounted what others had to say and treated all people with genuine respect and courtesy.

Echachan made family his priority, teaching his children and grandchildren to remain close to each other and put family first. He attended countless graduations, holidays, and family gatherings over the years.  According to Sophia Kunthara, daughter of Jacob and Preethy, after the one-year memorial ceremony for his dear Ammachi last March, he reminded his grandchildren of the importance of family, telling them that even though that particular visit was to honor their grandmother, they needed to visit at least once a year no matter what the circumstance.

Neela and Andrew Joseph, Echachan’s great-grandchildren, fondly remember receiving chocolates from Echachan whenever they saw him.

Echachan truly lived Christ’s message to love one another and he was especially devoted to saying family prayers every evening.  He passed away peacefully at home on December 9, 2018.

Please join the family in the celebration of Echachan’s life at the following events: