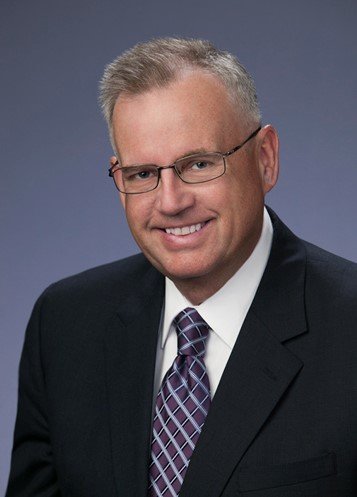 Andy was a true family man and took every opportunity to spend time with them. He would often take his family on long road trips across the United States spanning from the northeast to the southwest and everywhere in between. 35 years of his life were spent being a devoted and loving husband. He was very active in his kids' lives, coaching them in various sports, leading them in Cub Scouts, sharing in their hobbies and eventually guiding them both through college. Andy was able to support his family through his exceptional work ethic and his 29-year career with Hines. He was passionate about his work but always managed to put his family first. He was always there for his wife and children during major events and even spent 4 years flying between Los Angeles and San Francisco, daily, just so he wouldn’t have to displace his family.

Andy had several hobbies of his own, including golf, which he had a natural talent for. He enjoyed experimenting in the kitchen, especially on the outdoor grill, producing such masterpieces as “Kitch’s Brisket Biscuits.”  When it came to pop culture Andy loved the past: western movies (i.e. John Wayne), black and white flicks, historical documentaries and classic rock music. That’s not to say he didn’t get enjoyment from more contemporary programs. He would often quote scenes from Seinfeld, Dumb and Dumber, and National Lampoon’s Vacation, which have resulted in hundreds of family inside jokes. One of Andy’s original and continual loves was the beautiful state of California. He had many fond memories of hiking in the Sierra Nevada’s, swimming in the Pacific Ocean, trekking through the Red Woods and visiting various historical sites and landmarks.

Thank you to everyone who had a part in Andy’s life story. He will be missed, but his memory will live on through his loved ones – friends and family alike.

The Rite of Committal will follow at Glenwood Cemetery in Houston, Texas.

Donations in Andrew's memory may be made to the American Cancer Society: https://www.cancer.org/.