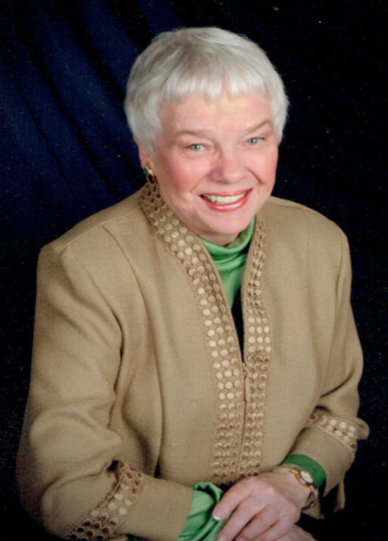 Winifred T. Breitbach, RN, MSCN, or “Wini,” as she preferred to be called, died peacefully in the early hours of November 20, 2020, in Houston, Texas.

Wini was preceded in death by her parents, Melvin Aus and Barbara Hansen; sister, Germain Schmidt; and brother, Alan Aus.

Wini devoted her life to the art of nursing and taking care of others since she graduated from St. Alexius in Bismarck, North Dakota. At a very young age, she became a nursing supervisor at St. Joseph Hospital in Denver, Colorado. She moved to Houston, Texas in 1966 and worked at The Methodist Hospital in the Texas Medical Center where she obtained a Cardiovascular Nursing certification and was night supervisor at the Cardiovascular ICU where she played a significant role in the acquisition of the first heart transplant performed in the USA.

For her volunteer work, she received several recognitions and awards from the American Heart Association. In 1970, Wini became the inaugural Instructor of the Methodist Neuronurse Course. She joined the department of neurology, Baylor College of Medicine, as a research nurse initially in 1972 and pioneered cerebral revascularization studies involving intracranial bypass surgery utilizing microscope techniques. Later, she joined the neurological clinical services, working side-by-side with her colleague for the rest of her life, Dr. Victor M. Rivera, initially providing care in general and vascular neurology.  Later, Wini concentrated on Multiple Sclerosis (MS), contributing and pioneering in research on early therapies in the understanding of the mechanism of the disease and coordinated modern day clinical trials. She carried out all these responsibilities concomitantly with providing long, extensive hours to direct patient care.

Wini was one of the original members of the national MS Nurse Specialist Program, receiving the additional title of MS Certified Nurse. Wini took care of thousands of MS patients providing them not just with sophisticated “state of the art” management, but regaled them with her legendary warmth, compassion and patience. Wini was the MS nurse at the original Baylor/Methodist International MS Center in the 1980s, later becoming the first MS nurse at the Maxine Mesinger MS Comprehensive Care Center, inaugurated in 2003.

For practically four decades, Wini contributed to the MS neurological education and training of nurses, medical students, innumerable residents, and more specially, and particularly closer to her heart, “adopting” and guiding the many international post-doc clinical research and MS Fellows whom she tacitly considered as her children and extended family. The International Organization of MS Nurses recognized her work as MS nurse pioneer even though she did not like recognitions.

Wini was amazingly able to keep her calm under the most trying circumstances and challenges, such as losing her beautiful grand home to hurricane Harvey in 2017, eventually rescued by an airboat along with her beloved little dog “Gizmo.” She then transitioned to family love in the area of Sheboygan, Wisconsin, but she eventually returned to Houston, Texas.

With Wini’s departure, nevertheless, a multitude of wonderful memories shall remain.  The torch of her strong spirit illuminated many of us during her beautiful and generous life.

While MS neurology and MS nursing lost a great example of “why and how to do it,” and MS patient care lost a devoted and unique advocate, we all lost one of the best examples of professionalism, dedication to a cause, a kind soul, an insuperable friend, and a beautiful human being.

The family of Winifred Breitbach would like to thank Victor and Cristina Rivera for all the love and support they have given to Wini over the years, and for being there when we could not.

Share Your Memory of
Winifred
Upload Your Memory View All Memories
Be the first to upload a memory!