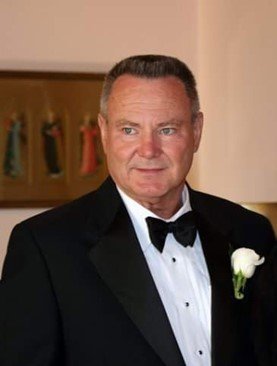 Bill was born on June 23, 1943 in Rahway, New Jersey to Eva St. Claire and William Henry Van Pelt, Jr., and grew up in the then rural Colonia section of Edison. The activities in Bill’s youth shaped the adult he became: a man who loved nature, excelled in business and placed his family above all else. As a boy, he explored the woods and fields near Ash Brook with curiosity and great wonder. As a teenager, Bill’s entrepreneurial spirit gravitated to the golf course where he caddied and hunted down and sold lost golf balls to the pro shop for pocket money. Throughout his life, Bill loved to golf, fish, hunt, camp and explore.

Bill attended Rutgers University in New Brunswick, New Jersey as a student-athlete in the football program and supplemented his college expenses by working nights at the corporate headquarters of Johnson & Johnson. During his college career, Bill met Maureen Farmer, who became his bride in 1963. At the suggestion of his sister, Betty, Bill joined Metropolitan Life, where he enjoyed a nineteen-year career in management within the global giant’s insurance and employee benefits business. His entrepreneurial aspirations advanced in 1983 when Bill acquired the boutique tax planning firm of John M. Shannon and Associates, which he rebranded as The Mid-Continent Companies, Ltd.

This venture brought Bill and his family to the Houston area, where they have established firm roots.  Over a thirty-seven year period, Bill guided Mid-Continent as it built a national reputation and clientele.  In all aspects of his life, Bill chose to focus upon developing and helping people:  family, associates, clients, and friends. He led by strong example as husband, father, grandfather, advisor, partner and friend. And he stood alongside peers, clients, companies, churches and communities from coast to coast with an open heart and an open mind.  Bill loved his family profoundly and was generous with his time.  He valued his heritage and was a member of The Holland Society of New York and the Sons of the American Revolution.  This man of great faith who stood by people will be missed and remembered.

A Mass of Christian Burial will be celebrated at 2:00 p.m. with a viewing and visitation to begin at 1:00 p.m., on Monday, December 21, 2020 at Holy Rosary Catholic Church, 3617 Milam Street in Houston, Texas.  The Rite of Committal will follow at Glenwood Cemetery, 2525 Washington Avenue in Houston, Texas.

As Bill was a strong believer in education, please consider a donation in Bill’s memory to The University of St. Thomas, Duchesne Academy, Strake Jesuit, Regis School or the Presbyterian School Houston.

Bill would encourage you to honor his memory by spending time with your family.

Share Your Memory of
William
Upload Your Memory View All Memories
Be the first to upload a memory!